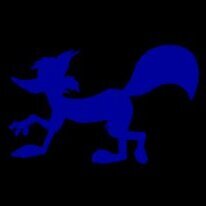 Ladies and gentlemen welcome to SEER.  Join us this Sunday 4th July 9pm for a night of semi-endurance racing.   3 races each lasting around 20-30 minutes each.   The classes we will be using this weekend will be Vans (1st race), SUV's (2nd race) , and finishing off with Sports Classics. The races will be GTA  so you'll (hopefully) be able to borrow someone's car at the start.  Tier drop.  Race 1 will start on tier B.  Top 3rd finish go down 1 tier. Middle will stay as is
Recommended by Lann

Gooooood day good peoples of RSC. Whilst Big Z's SRL is off for the summer why not try popping in for a night of endurance racing (not too endurancey, though) this Sunday 13th June at 9pm UK.

Ladies and gentlemen welcome to SEER.        Sunday Evening Endurance Racing   Join us this Sunday 11th July 9pm UK for a night of semi-endurance racing.    This week will cons

@Conand I were having a nice little battle during last night’s event. Here is where we got a bit sloppy. However I felt it added a bit more action to the race. 😁   Really really fun! I had a blast!  🙂