What're you listening to right now?

By JustHatched,
February 15, 2019 in Arts and Entertainment

Sure, here you have

Couple of things that are a little bit different. A Greek stoner/desert rock band.      And some Bedouin blues. 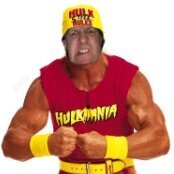 I heard a song on the radio by a French band called Juniore a few times, so downloaded a few more. I have no idea what they’re saying, but it sounds s*xy just like when @Fido_le_muetspeaks!